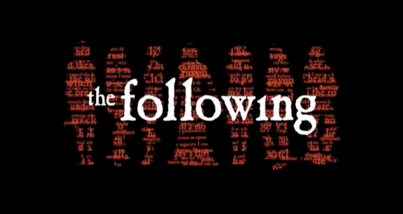 THE FBI estimates there are currently up to 300 active serial killers in the United States. What would happen if these killers had a way of communicating and connecting with each other? What if they were able to work together and form alliances? What if one brilliant and charismatic, yet psychotic mastermind was able to bring them all together and activate a cult of believers following his every command?

Welcome to THE FOLLOWING, the psychological thriller from creator/executive producer Kevin Williamson (“The Vampire Diaries,” “Dawson’s Creek,” the “Scream” franchise) and starring Kevin Bacon in his primetime series debut.

When notorious serial killer JOE CARROLL (James Purefoy) escapes from death row, the FBI calls former agent RYAN HARDY (Bacon). Having since withdrawn from the public eye, Hardy was responsible for Carroll’s capture in 2003, after Carroll murdered 14 female students on the Virginia college campus where he taught literature.

Hardy is a walking textbook of all-things Carroll. He knows him better than anyone; he is perhaps Carroll’s only psychological and intellectual match. But the Ryan Hardy who broke the Carroll case years ago isn’t the same man today. Wounded both physically and mentally by his previous pursuit of this serial killer, it’s been a long time since Hardy has been in the field. This new investigation is his redemption, his call to action.

The FBI’s investigation leads Hardy back to CLAIRE MATTHEWS (Natalie Zea), Carroll’s ex-wife and the mother of the criminal’s young son, JOEY (newcomer Kyle Catlett). Close during Hardy’s initial investigation, Hardy turns to Claire for insight into Carroll’s next move.

The intense, spellbinding drama will follow Hardy and the FBI as they are challenged with the ever-growing web of murder around them, orchestrated by the devious Carroll, who dreams of writing a novel with Hardy as his protagonist. But since anyone anywhere could be a follower, how do you know who to trust?

I win all games of 6 degrees of Kevin Bacon from now on.

This is the Bacon’s first tv series, and I’m in the third episode of his new crime serial.  Watch for me in the red suit (my own!) reporting on  the rise of the cult!