The Day Hollywood Slapped Me Around & Showed Me Who’s Boss 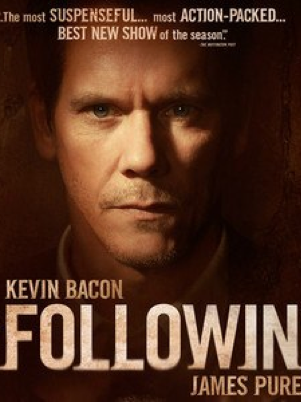 It was billed as “My Network Television Debut!”

That’s how my publicist, who may or may not be me, described it.

My mother told everyone she knew and barely knew.
I broke with my private modus operandi to cheerily share the news with friends.
My husband notified his circle of friends and colleagues on the Wide World of Web.

Roughly eleven-thousand people were now aware of the event “My Network Television Debut!”

You getting that “ruh-roh feeling” yet?

Five long months had passed since I’d been on the set of The Following, and THE night was here at last! I would be playing an anchorwoman, delivering news of the terrible crime spree unfolding in the new Fox crime drama.

Then…. just like the very best Hollywood movies (and tragicomic sitcoms)… a last-minute plot twist No One Saw Coming unfolded in slow-motion like a car accident that revealed the real whodunit… was not me. I mean, I dun it, but you wouldn’t guess I dun anything by watching The Following.

Now I clearly remember the August day I arrived on set. I remember passing Kevin Bacon on the sidewalk. I remember eating a really excellent catered lunch. I remember the smiley guy with dreadlocks who did my hair. And I definitely remember being on camera and saying a whole bunch of words…

There were four of us playing newscasters that day…. The director’s vision was to intercut between all of us, showing the flurry of news reports being generated by the serial killer at the crux of the show’s plot.

But somewhere between August and 11,000 people being made aware of “My Network Television Debut”, there was apparently a “slight change of plans”. And that’s how Hollywood slapped me around and showed me who’s boss.

Instead of the fast-paced four-anchor back-and-forth on TV, we got one dude. One anchor. Did I mention the anchor was a DUDE. And I played a WOMAN. It’s my specialty.

Oh, Hollywood…you fickle Alexis Carrington of a vixen. One of these days, you and I are gonna have a climactic confrontation on a slippery staircase with hair-pulling and dirty punches. THEN everyone will know whodunit.

Air Kisses!
—————————————————————-
You can enjoy Eileen’s novella of a life and find out if our heroine ever gets her happy ending by stopping by again, or by subscribing to her highly irregular/irrepressible blog postings. Like a box of chocolates, you just never know what you’re going to get. Or when you’re going to get it. Even if you think you’ve already got it.
This has been Eileen’s 3rd Person Narrator Voice.
Which sounds uncannily like her publicist’s voice….