Navarro Pharmacies, a family-owned & operated South Florida chain, is taking on the national chains.  This is one of two commercials I shot with them over one weekend.

In this one, another shopper and I drag-race our shopping carts around the store in a mad-dash competition to snag all the fabulous deals in an G-rated case of girls gone wild.

Despite all that peppy (read: frantic) energy on screen, we shot this from 7pm-7am, and most of the shots you see were filmed during that sweet spot of fatigue between 3am-5am.

During the shooting, I also acquired a massive hematoma (aka large, lumpy bruise) from doing my own stunt work in sandals and a runaway shopping cart.

On  a positive note, my fellow actors and I got to know the store extremely well and organized the cosmetics aisle, free of charge.

I happen to actually love this store and have since gone out of my way to shop there several times, seeing as how I already know where everything is….. 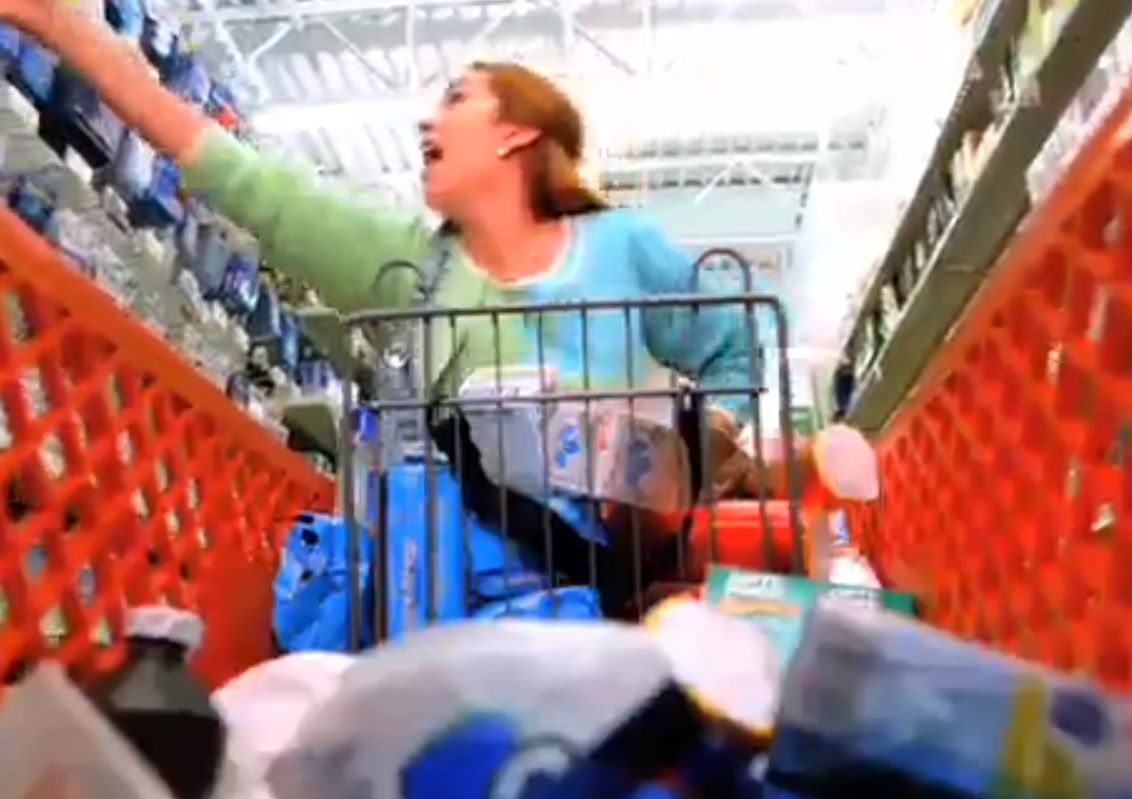