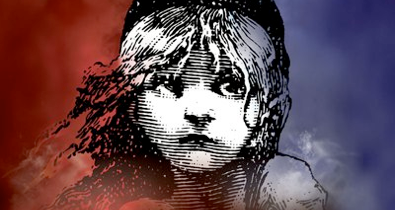 Wow, wow and triple-wow! To be cast in Les Misérables is a musical actor’s dream come true. Specifically, my dream come true. Ever since I learned Actors’ Playhouse would be staging the first-ever Florida production, I wanted to be part of it. “Wanted”, however, may be too gentle a descriptive. More like “Insanely Obsessed Over” it.

Just before Thanksgiving, I got the call to come in for an audition, and just after the New Year, I was offered a part in the ensemble. Forgive me if I sound like a cheeseball, but I can already imagine the thrill I’ll feel every night as I get the privilege of hearing and singing these amazing songs and immersing myself in this epic saga. This will also mark my first time working with the Artistic Director of Actors’ Playhouse, David Arisco.

Les Misérables is one of the greatest musicals of all time, based on the classic Victor Hugo novel, which took me a month to read and was worth every last hour. “Les Miz” ran for 16 years on Broadway, making it the 3rd-longest running musical on Broadway, after Phantom of the Opera and Cats.