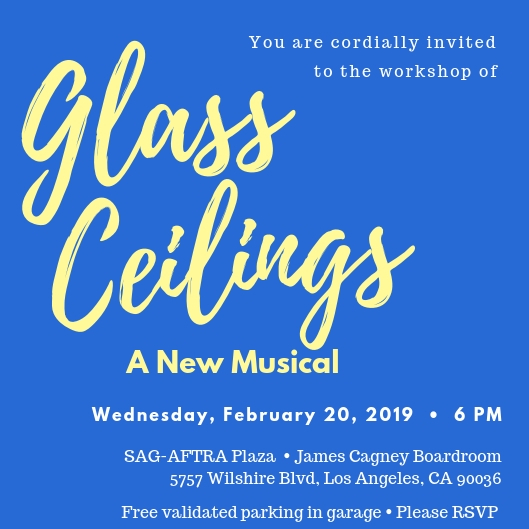 Welcome to Hergatory! It’s an all-female purgatory populated by trailblazing women from history… But these early feminist pioneers can’t “move on” from this rare version of Purgatory. Not yet. And the place is getting crowded! This brand-new pop/rock musical is rollicking and heartbreaking and funny and filled with real-life heroes who got sidelined by their male counterparts. I play Anne Royall, the first female journalist ever to interview an American President. And she did it, by sitting on his clothes while he swam naked. No interview, no clothes! SAG-AFTRA selected GLASS CEILINGS to be the very 1st musical ever workshopped at SAG Headquarters! Directed by Jessica Gardner, with Music Director/Composer Laura Watkins and Book by Nicholas David Brandt, the same team behind the successful Comic-Con The Musical.