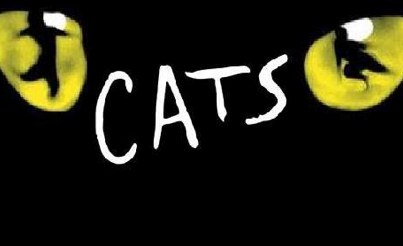 Singing one of the most famous songs on Earth…!

The exquisite song Memory has been recorded by some 150 of the most famous artists from around the world.  Now I get to have a crack at it eight times a week for 7 1/2 weeks, playing the tragic figure Grizabella at the heart of Andrew Lloyd Webber’s CATS.

The massive hit show spawned 20 translations and remains the 2nd longest-running show on Broadway, only behindanother Andrew Lloyd Webber juggernaut, Phantom of the Opera.  The lore is well-known…how the show is based on T.S. Eliot’s Old Possum’s Book of Practical Cats…how it went on to practically sweep at the Tony Awards.

I will be catting about in Indianapolis, in America’s great midwest and the state where I launched my professional reporting career.  I actually worked as a reporter in two towns in Indiana:  Evansville to the south, and South Bend to the north.  It was in South Bend that I worked for a fellow who would turn out to be the very best boss I would ever have in television news.  His name was Bill Crafton.  Excited at the thought of being back in Indiana and close to old friends I hadn’t seen in so very long, I thought to look up Bill.  And in my search, I was stunned to find an article that told me that wonderful old boss of mine had died three years ago.  It was a rare lung disease that took him.  Incurable.

I stop to think for a long time.  I feel the regret rising up in my craw.  “If only….” starts echoing in my head.

In CATS, Grizabella is dying.  She is dying and desperate to reach out and reconnect with the people she loved and lost, before it is too late.  I make the connection plainly staring me in the face.

And so going back to my old territory takes on another perspective when I am made to remember that the people I meet along the way won’t always be along the way… so perhaps I should work harder to make time for the people who’ve impacted my journey.  Before they are only a memory.

Midnight…
Not a sound from the pavement
Has the moon lost her memory?
she is smiling alone.
In the lamplight, the withered leaves collect at my feet.
And the wind, begins to moan.

Memory…
All alone in the moonlight
I can smile at the old days
I was beautiful then.
I remember a time I knew what happiness was.
Let the memory, live again