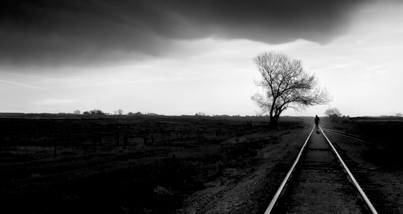 LISTEN to two of the songs Eileen sang in this gorgeous Will Holt musical.

Based on the 1956 novel by Nelson Algren, Walk On The Wild Side is a dark musical that takes us inside the lives of downtrodden outsiders in 1930s America, all linked by the young, ambitious protagonist, Dove Linkhorn.

With gorgeous music & lyrics by Will Holt that draws from country & western, blues, and traditional theatre, we begin in a dusty Texas town on the Mexican border, where we meet the teenaged Dove as he approaches Terasina Vidivarri (played by me!), a Mexican woman running a small store in this wild west.

An unlikely relationship develops between Dove and Terasina but ends disastrously…leading Dove to the seedy world of bootleggers, prostitutes and hustlers in the French Quarter of New Orleans…  But Dove can’t escape the memory of Terasina, and danger lurks from the very people Dove now calls friends.

The novel A Walk On The Wild Side has found a place in the imaginations of generations since it first appeared and is now considered an unsung classic.

Perhaps the author’s own words describe this classic work best: “The book asks why lost people sometimes develop into greater human beings than those who have never been lost in their whole lives.”

The staged reading of Walk On The Wild Side is taking place at the prestigious York Theatre.

And the show’s concept album is now complete!  You can listen to two of Terasina’s songs that I got to record for the album.

And inside scoop – which makes everything juicier – says an Off Broadway run may be in the offing, so Walk On The Wild Side may be about to go on a wild ride!

Back in 1970, Lou Reed was approached to write a musical based on the book.  The musical didn’t happen, but it was reed’s inspiration for his 1972 hit song “walk on the wild side”.

40 years later… the musical is happening.