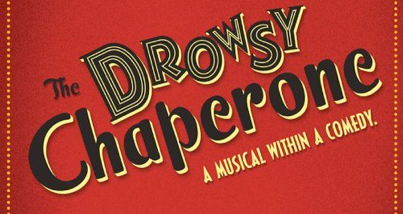 To watch Eileen’s perform a song from the show, click HERE!

The lights go up on the living room of a lonely shut-in who chases the blues away by playing old records of his favorite musical theatre shows.  And he tells the audience his favorite show of all is the 1928 musical comedy The Drowsy Chaperone.

This fellow, known simply as ‘Man in Chair’, drops the needle on his favorite LP, and the musical magically bursts to life inside his home.  It’s the tale of a Broadway starlet who wants to give up show biz to get married, the producer determined to sabotage the nuptials, her “drowsy” (a.k.a. “tipsy”) chaperone, and a zany cast of lovers, gangsters and high-flyers.

Eileen plays The Drowsy Chaperone and sings the show’s rousing anthem, As We Stumble Along, apropos of nothing at all except for the fact that she senses the starlet is stealing the spotlight.  The song is, in fact, an inspirational tribute to alcoholism.  This is an even funnier role when you consider Eileen has actually been “tipsy” all of twice in her lifetime.

This marks Eileen’s third production at Stage Door Theatre.  Back in the 2008-2009 season, she starred in the enormously successful comedy The Convertible Girl as the title character and in the enchanting Jerry Herman musical review Showtune.

Drowsy arrived on Broadway in 2006 & won five Tony Awards, including one for the actress playing the chaperone.  It’s had productions in Los Angeles, New York, London, Japan, Australia + two North American tours.  This is the first South Florida production!