The Closest Thing to the Orient Express

I am on my first and only train ride of the Mamma Mia tour. My first train ride ever that doesn’t simply travel in a circle (think Disney World).

No! Wait…. I’ve taken a commuter train between New York and New Jersey. But everyone knows that doesn’t count. 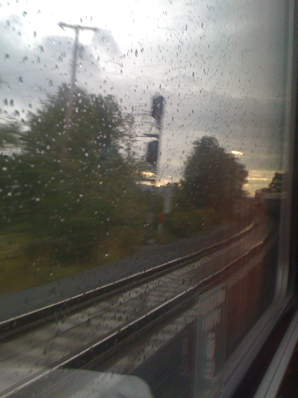 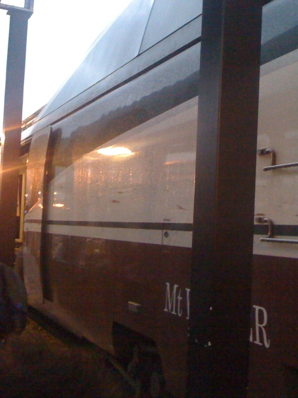 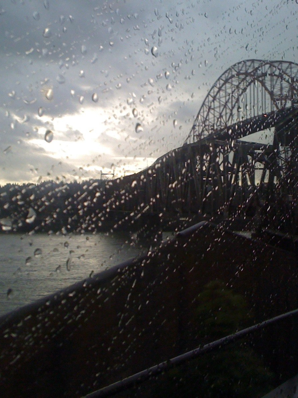 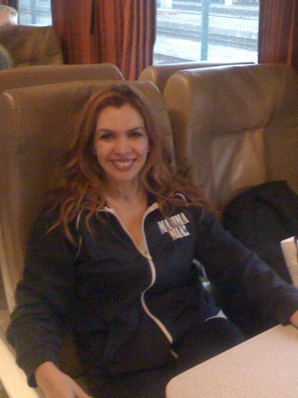 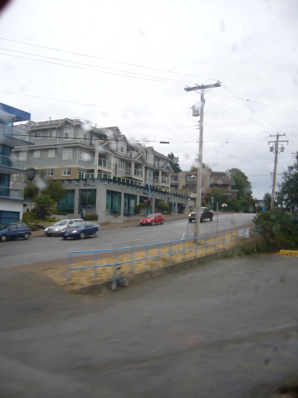 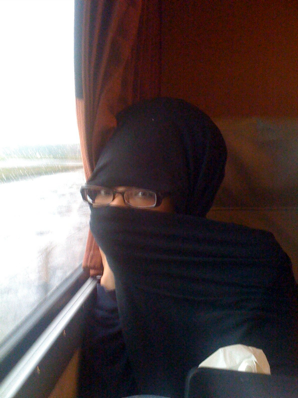 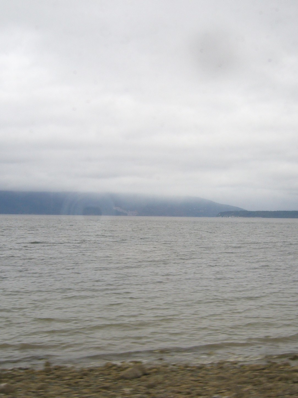 Vancouver is behind me, Portland is ahead, Puget Sound to my right, the thick, dark greenery of the Pacific Northwest to my left. We’re under cloudy skies, steady drizzle, and in my ear, the train horn blows like music every time we pass a tiny town with sign to announce its name.

This is foreign territory to me. Both the train travel and the terrain. We’re in Washington State now. About as far from Florida as you can get in the contiguous 48. And it is lush here, just like my corner of the world, but in a fresh, different way.

Vancouver…which really is foreign territory…captivated me, with its snow capped mountains and deep, cool forests that seemed custom-made for a Robert Frost poem. Now, the mountains of Washington – mysteriously shrouded in mist – seem another inspiration for romantic rhyme. The water looks cold. I’ve never thought water could look its temperature. This water does.

Speaking of foreign, my seat mate has spontaneously disguised herself as a Muslim woman. I don’t know if this reads funny, but it is in-person funny.

I had big plans for this train trip. Big plans! There was going to be extensive reading, a little editing of video, important phone calls to make, music to study. I’ve only slept 3 1/2 hours, so simply sleeping would be a wise option. But I don’t want to miss the rolling pictures out my window, the little sailboats in the sound, my only time thus far in the Great State of Washington.

This soft sway of the train and its musical horn have lulled me into some sort of awake coma, where I see and hear but can’t seem to do much else.

Railroad iron is a magician’s rod, in its power to evoke the sleeping energies of land and water – Ralph Waldo Emerson

It’s not exactly like the old train flicks. There’s no heavily-accented inspector looking for a murderer, no femme fatale with heavily rimmed eyes that belie a desperate secret. For that matter, I see no wizards en route to school. But there have been wacky hi-jinks and impromptu singing, courtesy of the traveling troupe of performers aboard. (America the Beautiful at the border, anyone?)

We are now passing something that looks like a shanty town. I’ve seen a number of charming red barns, a giant stack of wood, brown horses in front yards, black and white cows in pastures, and just now – an elderly couple clearly having a vigorous argument in the middle of a crop field. How could I possibly sleep through all this excitement?

Words like bucolic spring to mind. And the term Seasonal Affective Disorder. That’s the depression you get from a lack of sunshine. And this is one rainy, perma-cloudy corner of the country. But for now, at least, the misty, hazy dampness strikes me as novel. And romantic. As exotic to me as the notion of traveling by train…an idea that captured the hearts and minds of men since trains started tracking east to west. Walt Disney developed a life-long fascination with trains growing up in turn-of-the-century Kansas City. Harry Houdini ran away from home by jumping on a box car of a freight train. So did the protagonist of the compelling novel-turned-film Water for Elephants, which I read (but did not see). Understand what I mean? Trains = Adventure/Escape/Possibilities

For speed, nothing beats an airplane. But the terrorists and TSA and airlines themselves with their micro-seats and maxo-fees long ago took the romance out of sky travel. The view is lofty, but the hassle is equally high.

The houses are getting significantly prettier around here. I wouldn’t be able to tell that from 10-thousand feet up.

The train didn’t even weigh my bag.

And there’s a lounge car and a snack car, if my coma should break and create the desire within me to leave my window seat to the cycle of life, weather and human drama unfolding just beyond these vibrating metal walls.

Plus, there are apparently several stops between here and Portland. You never know when a blood-curdling scream could pierce the peace and a foreign inspector and suspicious femme fatale climb aboard.