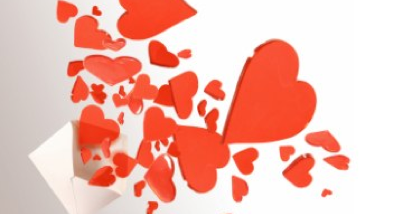 It’s a Gala Opening for a new black box theatre in South Florida, and Eileen was asked to be part of its debut!

So, if you’re opening a new theatre on Valentines Day, what better play to read than A.R. Gurney’s Love Letters.  It’s the simple story of boy meets girl, boy writes to girl, girl writes back to boy, sharing their hopes, ambitions, ups and downs and on and on… for the rest of their lives.

In this Valentines afternoon play reading, Eileen will read the role of Melissa Gardner, the volatile rich girl with a talent for art, men & self-destruction.  Actor Chris de Paula will read the role of Andrew Makepeace Ladd III, her brilliant & sensitive childhood friend-turned-Senator.  Through their letters to each other emerges a complex portrait of a (mostly) long distance love affair between two people who started in the same place and took very different paths in life.

Because this is a Grand Opening and Valentines Day, not only do you get to enjoy the play reading at no charge, you’ll also enjoy complimentary wine + roses for the ladies in the audience.

Love Letters was nominated for a Pulitzer Prize for Drama.  It’s been on Broadway, off-Broadway, made into a TV movie & even translated into Urdu for Indians & Pakistanis.  Actresses who’ve played my role include Liz Taylor, Laura Linney & Lynn Redgrave… Wow!