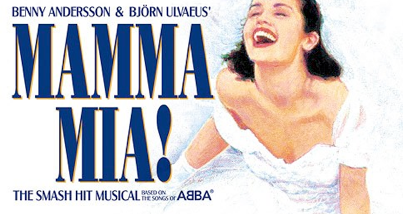 MAMMA MIA! is a smash by every measure.

See photos from the show here.

13 years on London’s West End. 10 years on Broadway.  A hit movie.  And a wildly successful tour with 3000+ performances!

So imagine my elation when I was invited to join the phenomenon called Mamma Mia!

The “Big Call” came as I rode the M86 Bus across Manhattan on my way home for Thanksgiving, barely balancing my phone in one hand, elephantine suitcase in the other.  I would be ushering out the old year and ushering in the new debuting on the North American Tour! 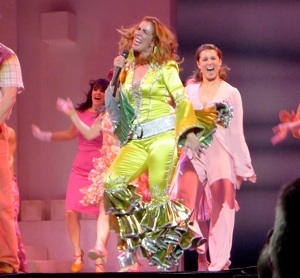 I am a member of the ensemble and an understudy to Donna, the lead, and Rosie, her spunky best friend.  I visited 47 cities in the 2010-2011 Season, many of them places I called home during my reporting years.  Most were brand-new to me…like Vancouver, Savannah, Portland, and Boise!

The 2011-2012 Season hits more than 70 cities.  A few personal highlights:  Thanksgiving in St. Louis and spring in San Francisco….

In fact, it is in the beautiful city by the bay that I just wrapped up 15 invigorating and adventure-filled months with the touring company of Mamma Mia!  They say that time flies, and it does.  But sometimes it takes the bus.  And once, it even took a train.  Touring has been a true adventure in every sense of the word, and I feel proud (in that good-proud and not obnoxious-proud kind of way) to know I have been part of this beautiful and beloved show.

Whatever the future holds for me is the next adventure on the agenda.

HAS BEEN SEEN BY MORE THAN 42-MILLION PEOPLE WORLDWIDE! THE NORTH AMERICAN TOUR BEGAN IN PROVIDENCE, RHODE ISLAND IN 2002 & EILEEN MADE HER MAMMA MIA DEBUT IN PROVIDENCE ON NEW YEAR’S EVE!