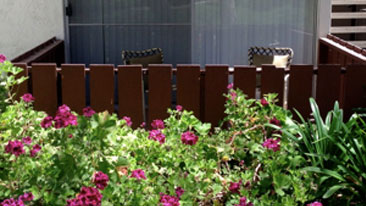 I forgot we had new coffee cups.
I forgot how shiny the wood floors are in my apartment.
I forgot the light switch to the bathroom is OUTSIDE the bathroom.

I am back in New York, in my apartment, after 8 long weeks away. I was in San Diego doing a world premiere play that I already miss deeply. And the beach was 1 mile away. And the air was ever-perfumed with the scent of flowers.

And now, in this state of play-mourning and California-nostalgia, I step back into my life and am stunned at how much I have forgotten.

“The advantage of a bad memory is that one enjoys several times the same good things for the first time.”

It ain’t for sissies, this New York. No more quick store trips and throwing the bags in the car. Back to using the back and the backpack and making store trips only as fast as your legs can carry you. No more runs along the beach or winding roads dotted with bungalows and mid-century modern masterpieces. I took up running in California. Let’s see how I do running on the these city streets.

The separation gives you clarity. Or perhaps you’d call it disconnection. As I begin to unpack, I begin to silently judge the clothes I’d left behind. Clearly, I can see what I no longer need or want. It is 2am, and I’m unpacking and purging all at once. Clothes piles everywhere. I feel lighter with each thing that lands in the trash or the giveaway pile. I do this until exhaustion body slams me at 4:30am.

It must be noted that this is not just an unpack/purge. It is an unpack/repack/purge. I’m in my apartment for one day and two sleeps. I am Florida-bound for our annual family beach vacation, so home is a pit stop. Gone 2 months, and about to be gone for one more. Gypsy Living. It could make for a good magazine. But the target audience would never subscribe for lack of a permanent address…

Speaking of, my tendency to want to run like a banshee is kicking in, and I am itching to take my inaugural New York run. So I just did. Isn’t that one of the marvels of writing? Shrinking time just like that?

Two good things emerge from the run: Me, still alive. And being reminded of yet another thing I’d forgotten… that in New York, grocery stores don’t charge you for the bag to put your food in.

It’s not flower-scented air, but it’s something.

—————————————————————-
You can enjoy Eileen’s restless gypsy observations by stopping by the blog at EileenFaxas.com anytime. Just beware of the piles of purged clothes…