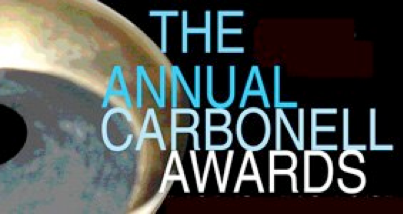 UPDATE: See my performance at the award ceremony here.

I was rehearsing my Mamma Mia understudy music in an icy cold theatre basement in Mississippi when I got a text from a friend, congratulating me on my nomination?  NOMINATION?!?!

This is how I learned my performance as The Drowsy Chaperone at Stage Door Theatre last year captured a Best Supporting Actress nomination from the Carbonell Award judges.

Adding to my pleasure, the director invited me to perform at the awards ceremony.  So I’ll be taking a night off from my nightly Abba songfest to get my drowsy on and belt out “As We Stumble Along”.

I’ve never actually attended a Carbonell Ceremony, affectionately known as “Theatre Prom”, but if the after-parties – which I haveattended – are any indication, it’s going to be a happily dramatic night!

ARE THE TONY AWARDS OF SOUTH FLORIDA, HONORING THE BEST THEATRE IN DADE, BROWARD AND PALM BEACH COUNTIES.