Before the Parade Passes By…

Just like the last blog…I begin this blog…looking out the window. This is getting to be a theme with me. It makes me wonder if “window-blogging” is a micro-niche.

But instead of a bus window, today’s Window On The World is in my hotel room, and Ottawa’s Christmas Parade has come to me. Or rather, to the street my hotel room faces (Although I much prefer to think of it as coming directly to me.) Google tells me its the 42nd Annual Ottawa Santa Toy Parade.

You might be thinking: Early, isn’t it? We haven’t even had Thanksgiving yet.

Not to worry. Ottawa has another TWENTY FOUR Christmas Parades on the schedule. And this isn’t even the first of the season. In fact, Ottawa is the Indian word for Land of Festive Processions.

Although this is Canada’s capital city, these festivities feel like a small town affair. A local tree farm contributes its light-bedecked minivan “float”. A tinsel-strewn EMT bus partakes. Then a Salvation Army truck. A LOT of trucks participate. So do postal workers. Postal workers? On a Saturday night Christmas parade? Oui. The parade, incidentally, is bilingual.

You’ve got your teenage dance troupes, teenage singing troupes, junior high marching bands, a gingerbread cookie man. And the Shriners. ALWAYS the Shriners. What’s a parade without the Shriners? And yes, of course they bring their clowns and tiny cars and fez hats and squeeze horns. The Mormons bring a nativity scene float. The Asians bring dragons.

I see friends and families atop the flat beds, vigorously waving to the crowds, and think back to my own small-town parades in big-town Miami…being 7 or 12 years old and marching in the Three Kings Parade, which had the huge bonus of going right past my grandmother’s shoe store on Calle Ocho. This, to me, was a Big Deal and Very Exciting. As exciting as this moment I’m witnessing from my window is to those kids cavorting on that flat bed truck impersonating a float.

In that moment, I remember how alike we are… a razor-sharp contrast to the lonely feeling of being a stranger in a strange land, which is what I’d felt just moments earlier on my cold walk through the dark streets of downtown.

“In any world menu, Canada must be considered the vichyssoise of nations, it’s cold, half-French, & difficult to stir.”

As similar as everyone thinks Canada is to the U.S., Canadians are their own breed. Here in Ottawa, 375 long miles from the U.S. Border, the English cannot be mistaken for American. The sun apparently abandons the country in November. Parliament is a fascinating place that doesn’t allow photography in its gorgeous, wood-paneled library, citing privacy reasons, which strikes me as…un-American. The cultural influences are markedly British and French, with a dash of Indian for good measure.

I do not know if the British or the French or the Indian part would like to take responsibility for snacking options like Ketchup Potato Chips. Or Dill Pickle-Flavored Chips. Or a big Canadian fave: All-Dressed Chips, which is apparently what you eat when you want your chip to taste like ketchup and dill pickles and everything else in a condiment jar.

They also like airy chocolate here, as best as I can tell by the abundance of bubbly chocolate bars on shelves.

Then there are the wildly popular BeaverTails. Think flat churro. Or a less amorphous elephant ear.

And so far, no Canadian (nor a convoluted Wikipedia article) has been able to explain my Burning Canadian Question: Why did Great Britain cede Canada its independence without a bloody revolutionary war? (Unlike for you-know-who…)

There’s an airy dill-flavored maple potato chip in it for the most satisfying answer….

And by the way, the parade ended with Santa Claus. He told me to wish you a Joyeux Noël. 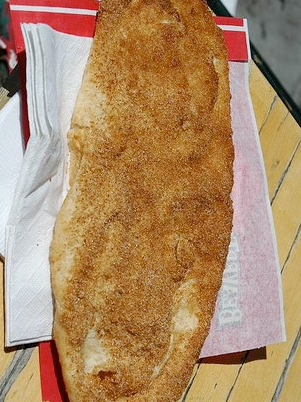 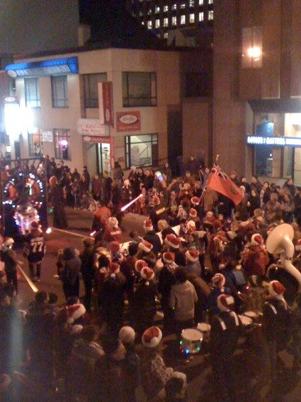 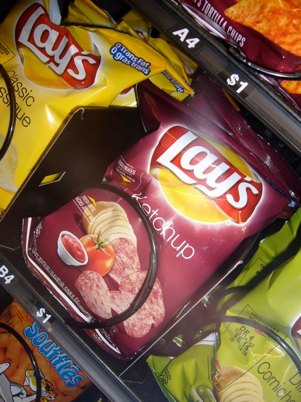